A case study describing and connecting publications by Carolee Schneemann 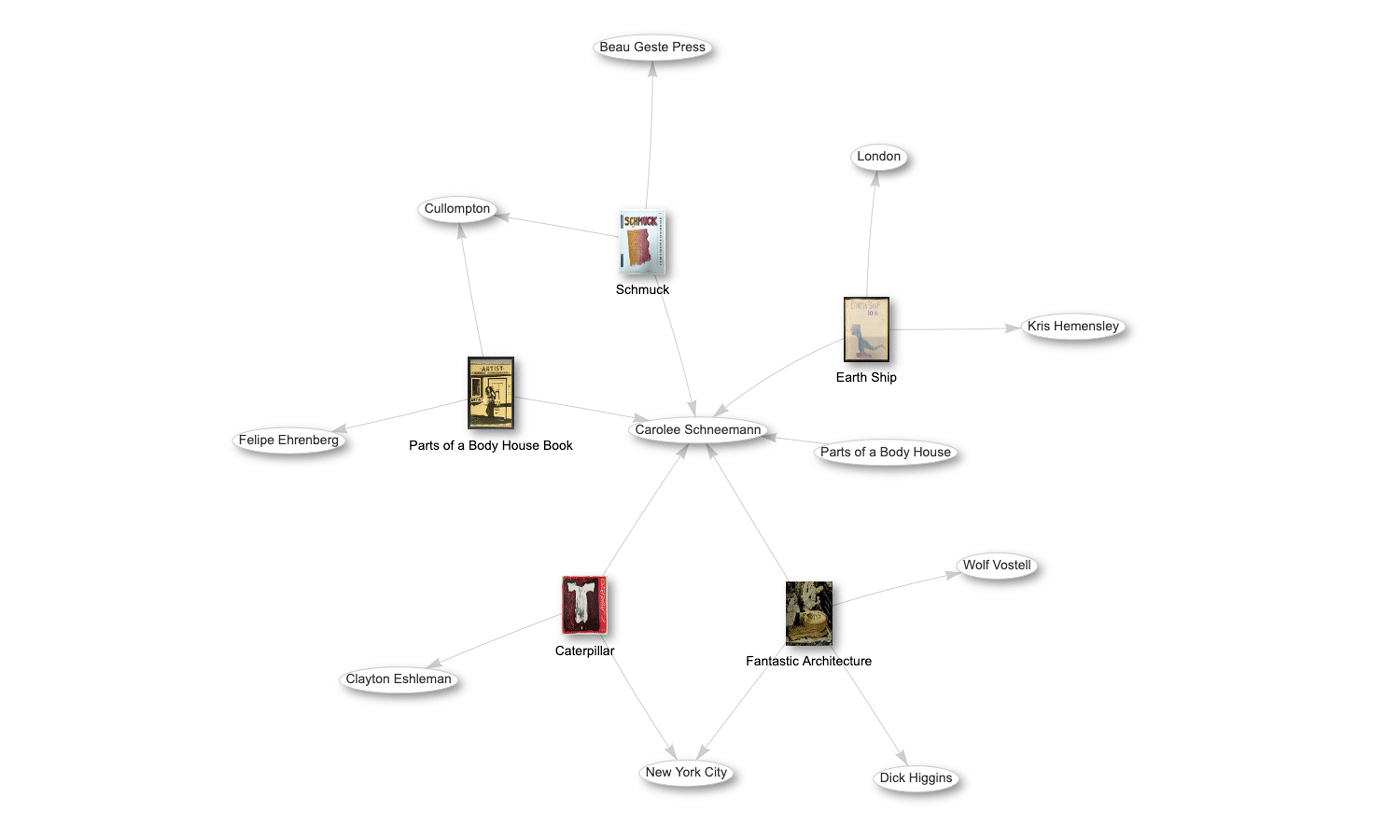 The source material for this group of publications is based on research undertaken for my PhD thesis, titled Embodied Iteration: Materialising the Language of Writing and Performance in Women Artists’ Publishing, 1968–1977. The research centres embodied iteration as a descriptive term to denote heterogeneity within the processes of making and siting artworks that are located in variety of interconnected published materials, as well as a methodological process that accounts for the development of a work/or works, reconnecting materials to their published location, re-establishing relationships to publishers, designers and editors as well as the material concerns of print itself.

The five publications included in DAAP are connected by the inclusion of the text ‘Parts of a Body House’ by Carolee Schneemann. This text, itself written over a duration, between 1957-67, was first published in the experimental writing journal, Caterpillar (1968), then in the pop architecture anthology Fantastic Architecture (1969); Schneemann’s own artist book Parts of a Body House Book (1972); the assembling magazine, Schmuck (1972) and the poetry magazine, Earth Ship (1972).

These books are not located in any one place, or collection, they are separated across the library and archive, and therefore subject to different forms of categorisation. This digital collection allows for contextual associations such as this to be made, which extends notions of the relevancy of publishing in its expanded form, specific to its production in the UK, yet connected and descriptive of an international network of practitioners.

See a visualization of some of the data added to the DAAP for this case study.